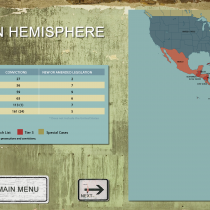 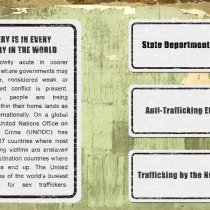 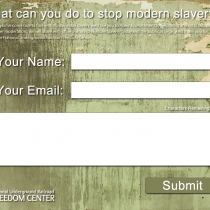 Nine of the kiosk were 19″ monitors with videos guests could use to learn more about that particular section of the exhibit.

There was also a 42″ wide-screen kiosk for exploring facts and solutions about modern slavery.

The final set of kiosks installed in the last section of the exhibit allowed guests to type a response to the question “What can you do to stop modern slavery?”

This application used a modified version of The WordPress comment system so Freedom Center employees could review and approve entries before being displayed on two large screens installed in portrait mode on the wall leaving the exhibit.

After touring the exhibit, the Dalai Lama said the installation was “impressive and very inspirational”.

So I got that going for me, which is nice.